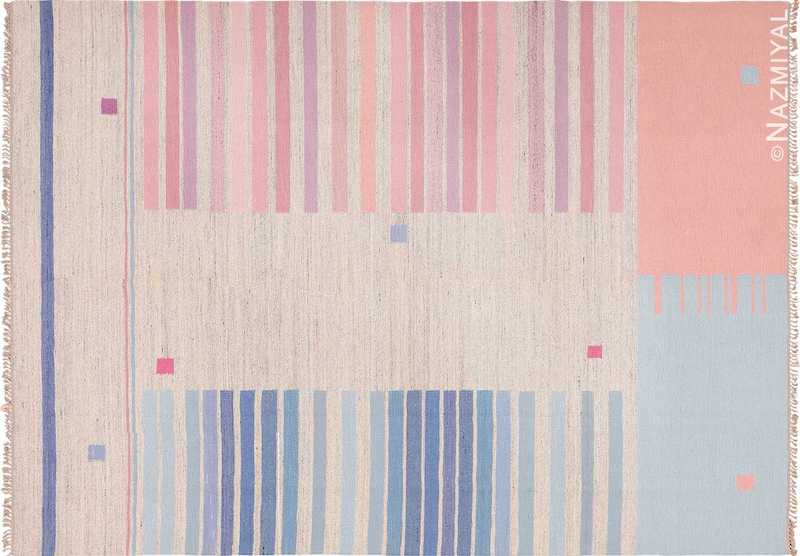 A Guide to Scandinavian Home Decor and Interiors

Scandinavian interiors and home decor have become popular right now. Also known as Nordic and nicknamed “Scandi,” it is a minimalist style that makes use of varied textures and contrasting colors to create the greatest impact without over-saturating a space. This general description, however, gives only a vague sense of how to actually go about creating a space using Scandinavian interiors. If you want to be able to exemplify this trendy design mode in your interior spaces, you’ll need to know more about where this design initially came from and how it is implemented in modern decorating. We’ll go in depth here as well as provide you with examples of how to make the magic happen. 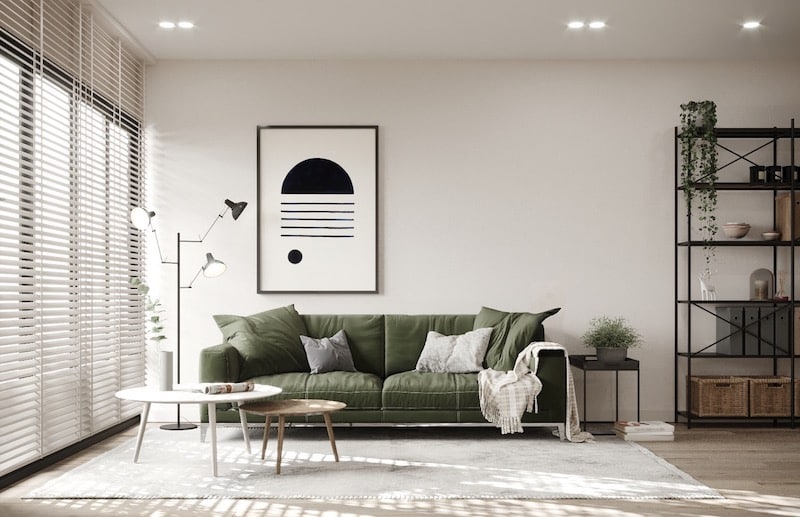 The Origins of Scandinavian Interior Design

While the official introduction of Scandinavian design into the world began in the 1950’s, its origins go much further back and are more political than you may have imagined. In the mid- to late 1800’s, Art Nouveau took a nod from the Romantics by featuring naturalistic designs in the home. Yet this kind of design was still only available to the privileged classes who could afford to decorate their homes in such a way.

This changed to some degree after World War I, when people began to think that the old political systems were not working anymore. Art Nouveau was soon replaced with the industrialized and sleek design elements of Art Deco, which saw its peak in the roaring ’20’s.

Art Deco may have offered a refreshing new take on interior design that showed the glamour made possible by the industrial revolution. It certainly offered a different take on art than people were used to, in no small part thanks to its inspiration from the Swiss dadaist, Russian constructivist and German Bauhaus movements.

Scandinavian interior design has its roots in art deco and the Bauhaus movement.

However, one thing remained the same: An elaborately decorated home was still the mark of privilege, and to truly actualize the Art Deco style, a homeowner had to have the funds to purchase all the required pieces. This was the last aspect of the pre-industrial aristocratic interior design philosophy that needed to fall before modern design could truly flourish.

It needed to fall in the sense that its fall was inevitable. Both the Great Depression and World War II sparked outrage at the ruling classes while people additionally were seeking to recover from the losses of the past decade. In this way, the rise of Scandinavian decor is interrelated with the rise of democracy in European nations. Products that only wealthy people could once afford were now accessible for people of much more humble financial means. In addition to this, a new emphasis was placed on functionality rather than just beauty.

The Scandinavian countries hosted several conferences that further cultivated these new values, leading to an expansion of this new “modernist” design through the ’40s. By the ’50s, Scandinavian interiors had established itself as a distinct style. In 1954 Elizabeth Gordon, editor of House Beautiful magazine, traveled to various places in Scandinavia, bringing public attention to Scandi design.

In the USA, Scandinavian design has been known for a while, finding a particular resurgence in the ’90s and early 2000s. While it is no longer associated with the pro-democratic political sentiments, Scandi design remains an enduring and beloved fixture in the world of American interior aesthetics. 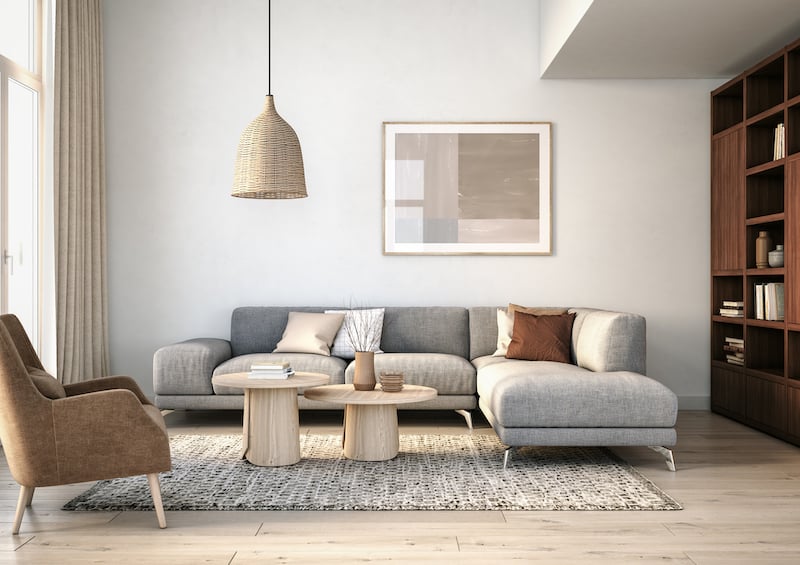 The Breakdown of Scandinavian Home Decor and Interior Design Elements

So what makes Scandinavian home decor what it is? A home that demonstrates proper Scandinavian interior design elements will have multiple iterations of these elements:

What holds it all together is the continuation of the theme throughout a whole house. If you have executed this correctly, things will seem well-spaced and harmonious while still being cozy and inviting. 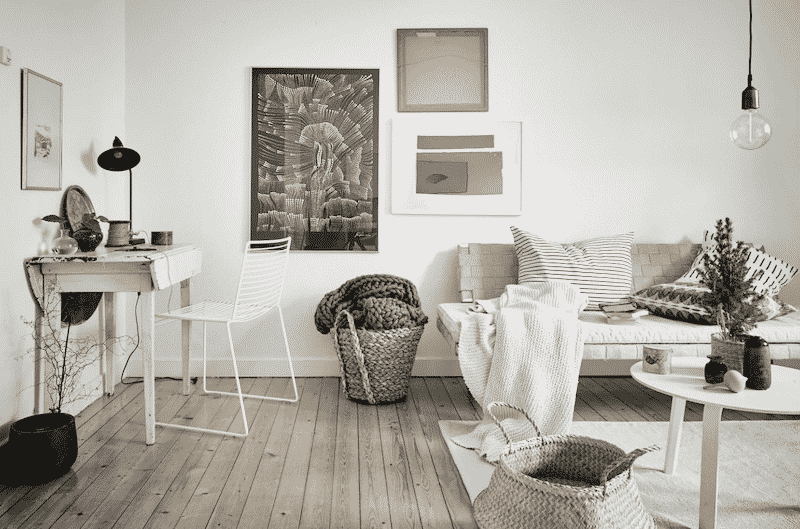 To keep things simple and elegant, a muted gray or beige makes a good start. To make things cozy, try using such a unified and reserved color theme in combination with variation of textures. A bedroom that uses a single color for both the rug, curtains, and pillowcases while trying a different color for the sheets is another example of the effective use of colors. A recurring theme in artwork can add a fun and personal touch to the attitude of a home.

For instance, a set of prints featuring different assortments of vegetables and herbs would fit nicely in a kitchen or dining room.

If this article has you excited to try your own Scandinavian home decor and interior design theme, a good recommendation is to work from the ground up by starting with a fitting rug. Nazmiyal Collection has an outstanding selection of both modern and antique rugs that can fit into this or just about any other design.

Here are some beautiful Scandinavian rugs from the Nazmiyal Collection: 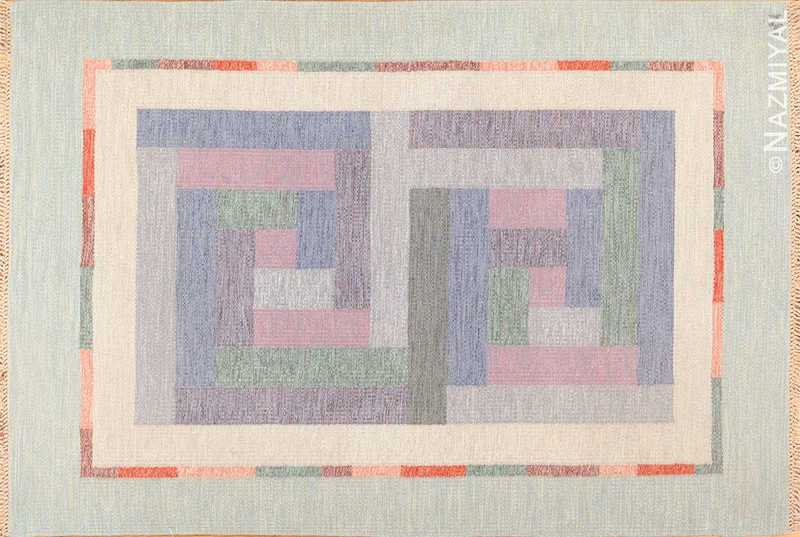 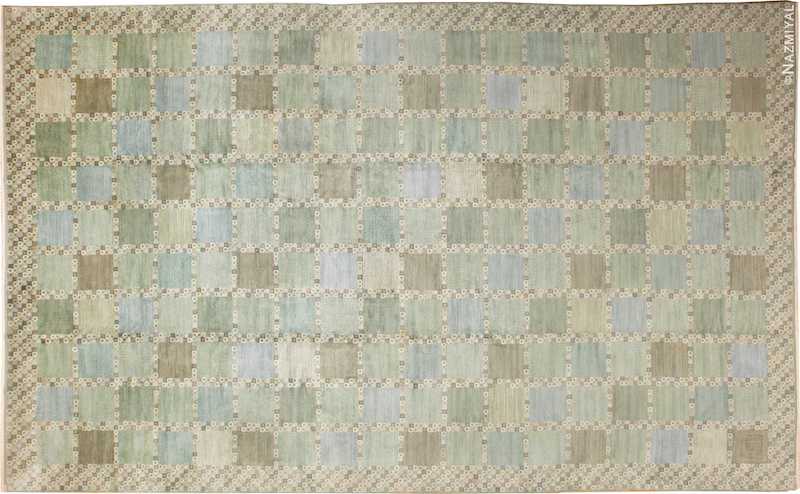 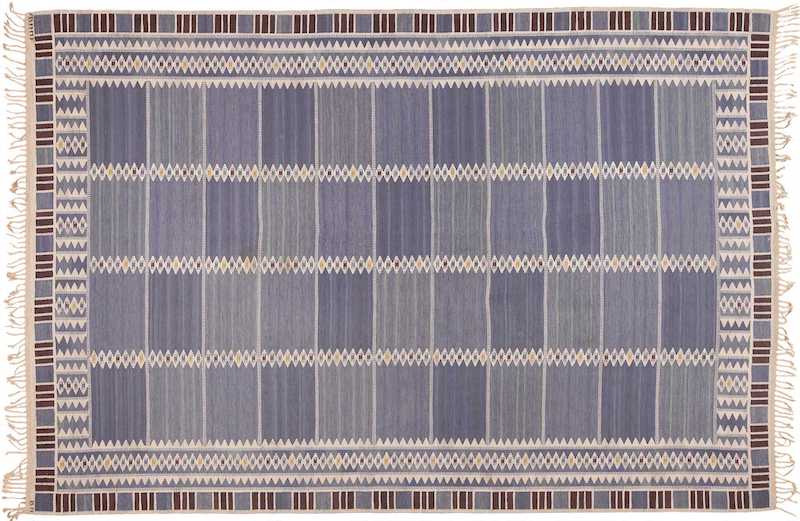 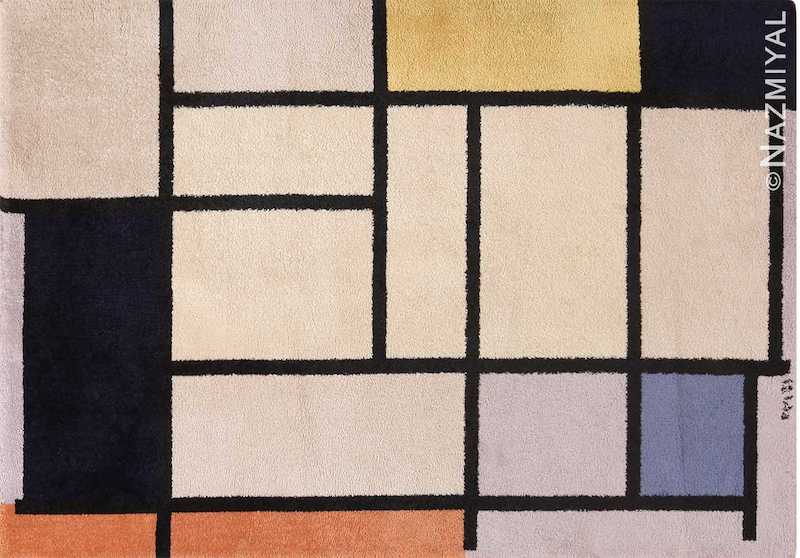 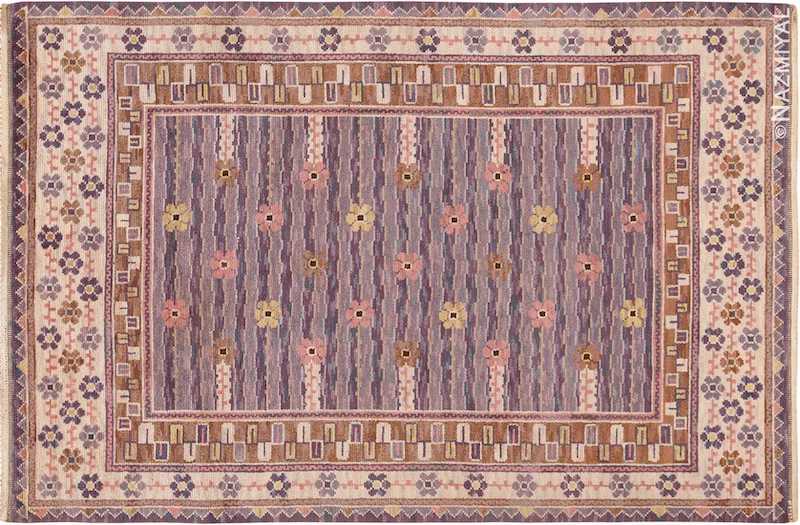 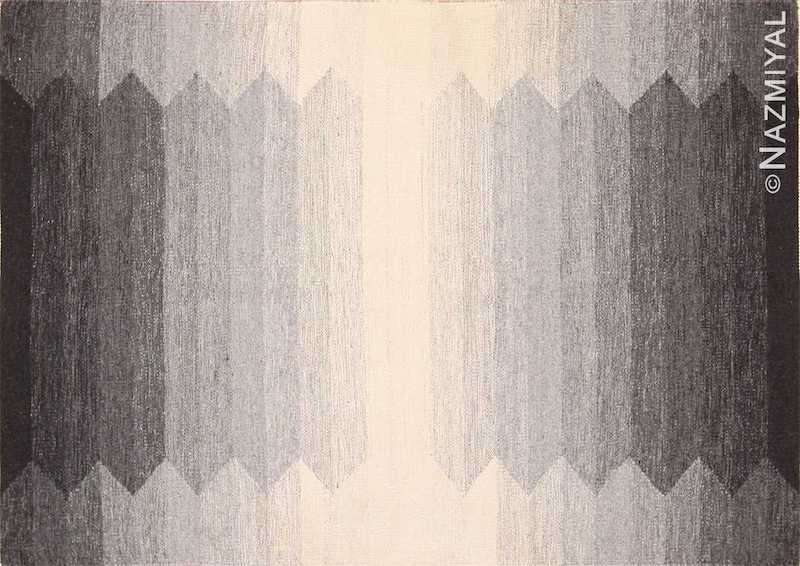 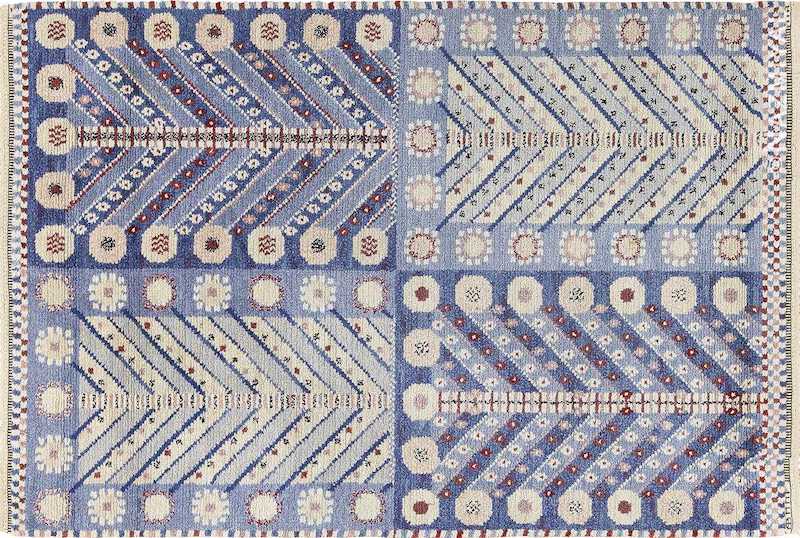 You may also what to consider the rugs by these renowned Scandinavian weavers, textile designers and artists:

This interior design blog about Scandinavian interiors and home decor was published by Nazmiyal Antique Rugs.